I’m sitting in my office with a limp breeze floating in through the open window, bringing with it the scent of dry grass and sun-baked tarmac, as well as a distinctive “new clothes” smell, as I am wearing a shirt I just bought from FatFace. The odd combination brings to mind vivid memories of the first day of school, and an ache of nostalgia.

My intention was to write about the blue skies, blazing sun and record-breaking heat we’ve been enjoying (well, I have, anyway) this past week or so, but I think I’ve done that to death and, rather than rehash something I’ve already said, I will, instead, offer up a post I wrote a decade ago, of another heat wave, as it takes place in the “Before Time” and speaks of the same subject, but in prose so poetic that I can only look back on it in wonder. 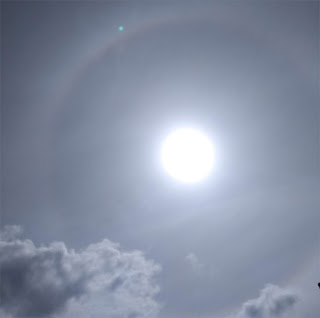 And so, it is summer. A heatwave: that’s what the locals are calling it, despite the improbability of it meeting—as far as I am concerned—any of the criteria. But who would want to quibble over esoteric details on such a fine day? Certainly not I, especially when I’m on a mission.

The days here are hot, the nights long and soft, leading me back to my younger days when, like today, I remained at leisure while my elders toiled these most enjoyable of days away. I’m heading into town, to journey to a place I have never been before; a rare adventure, which makes the pull of my youthful memories even stronger. And so, as I wander past the shops selling mobile phones, iPads and the latest in electronic wizardry, I find myself yearning, with an intensity that makes me ache, for those days when a game of hide-and-seek was enough to satisfy, and the latest in high-technology was a three-speed bicycle.

I wait in solitude at the edge of the market square, watching life buzz around me: Near the bandstand, a clutch of young mothers clucks and coos over the latest arrival while, at the bus stop, a doddering of matrons looks on with approval. In the shade of the chestnut tree, an elderly woman stands still as a frightened fawn, watching other pensioners parade past in jackets and jumpers. On the benches a languor of long-limbed ladies (heedless of the dangers of excessive alliteration) lounge lazily in the sun, their white skin steamy in the sultry heat. Nearby, an indolence of boys—bare-chested, tattooed, and rugged—gaze on in anticipation. There is nothing for me here, so I move on.

I’m on a reconnaissance mission to scope out a local village in preparation for a meeting I have there next week. I find it advantageous to make a practice trip in such instances for reasons that become obvious even as the bus rumbles along the impossibly narrow country lanes: if you have never been to a place before, how do you know when you have arrived?

When we enter an area where there are at least a few houses, I get off the bus. I had envisioned a twee village, perhaps with a cobbled main street lined with shops, an old stone church and the pub I was searching for. Instead, there were just empty roads, some houses and, alarmingly, no people. I walk up the road and down the road but find nothing promising. At the opposite bus stop I see a young woman and, as she is my only option, I approach her.

“Do you know…” I begin, but then I realize I have nothing intelligent to ask her. “Where I am?” would make me seem hopelessly inept and, perhaps, dangerous. Asking the location of the pub would be a good opening line, but I have neglected to memorize it. I didn’t feel the need, as I have memorized what I regard to be the one piece of information I need to know: it is the only pub in the village. But where is the village?

So I continue. “Is there anything that resembles a village around here?”

She seems puzzled by the concept of “village,” so I take her to be a local.

“Well, if you go up this road and take a left, you’ll find a pub and a store,” she tells me. I thank her and set off, but soon begin to wonder if, having noticed my accent, she has decided to play “trick the tourist.” The road I am on is narrow and empty and I am about to turn around and try the opposite direction when I round a corner and find, just as she promised, a pub, a store and little else. 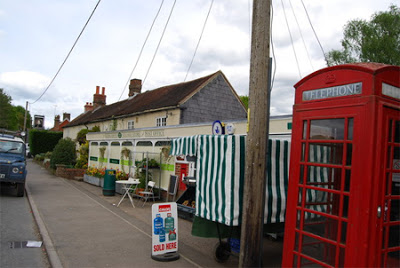 But the pub is lovely, old and dark with low, beamed ceilings, and the publican is cordial. I had planned nothing more than a quick drink and a return trip, but the waitress explains to me that the bus service is…well, …

She smiles, relieved at not having to break the news to me herself.

“So, I’m going to have to stay here until four o’clock?” I ask, incredulously.

She shrugs and looks at the pristine sky.

“It’s such a lovely day; I shouldn’t think you’d mind.” 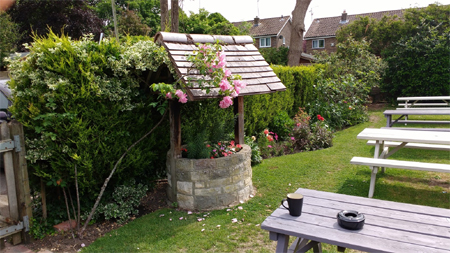 One thought on “Summer, Revisited”